The site is part of the Hammersmith Hospital, situated in Du Cane Road in the London Borough of Hammersmith & Fulham.

The buildings to be demolished were part of the hospital in West London, situated adjacent to the hospital’s high dependency unit. Blocks L & J were located by the main entrance and were originally used as the main point for ambulance arrivals.

At all times throughout the works, the adjacent retained buildings and the hospital were to remain fully functional and the ambulance routes clear.

Services ran through both buildings and, as part of this project, these were diverted, terminated and reinstated to maintain the retained facilities. Asbestos was present within both buildings and was removed prior to soft strip. As part of the works, some existing fire escape stairs were removed or altered and new external entrances and fire escape stairs installed where required.

The location of this project and the constraints of working in a live hospital environment made this project particularly demanding, with exceptional diligence being required to ensure that the project had minimal impact on users of neighbouring buildings. Great consideration was given to the environmental impacts of this project and the demolition at Imperial College, Hammersmith Campus was planned and undertaken so as to have the least possible effect on the surrounding environment utilising control measures in respect of noise, dust and vibration to keep the nuisance at acceptable levels. 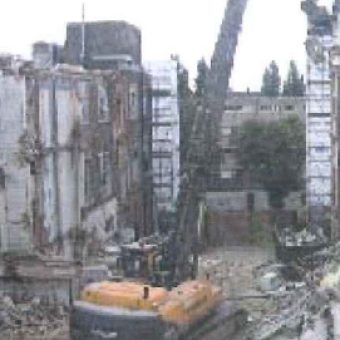 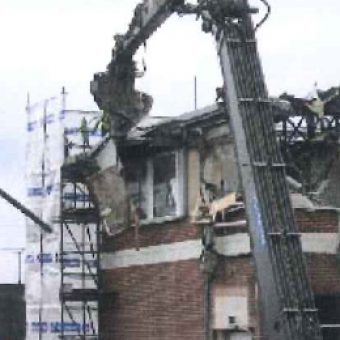 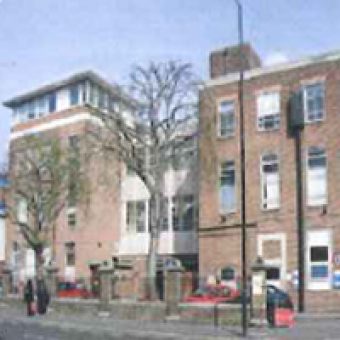 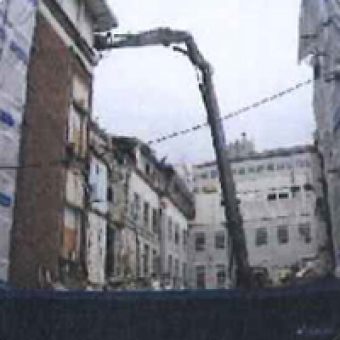