The site, a former factory and colliery, is located on the Nottinghamshire/Derbyshire border. The 210-acre brownfield site at Steetley had lain dormant for many years, the existing buildings were derelict and the site highly contaminated. In addition to the contamination issues, the project presented several ecological concerns relating to flora and fauna and specialists were brought in to resolve the problem. The location of the site meant that there was restricted access to a mains water supply – to overcome this, it was necessary to utilise fire engines to transport water from a borehole to all areas of the site where required for the demolition works.

This project initially involved the securing of the site to prevent unauthorised access followed by an environmental clean-up of the site prior to the commencement of works. The demolition phase of the project involved the deconstruction of all structures and the breaking out and removal of foundations.

The silo was constructed of reinforced concrete and was clad with an asbestos containing material; a tracked excavator with specialist demolition equipment was used to carefully cut away the external steel boxing on the silo prior to demolition by means of explosive charges.

The most efficient plant available was employed for this job including the super long reach machine, which was utilised to initiate the demolition of the reinforced concrete silo. 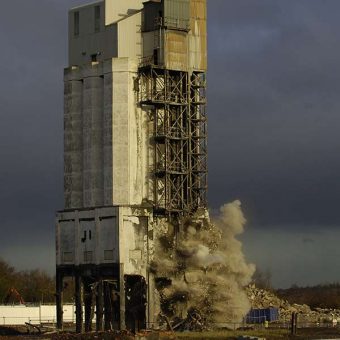 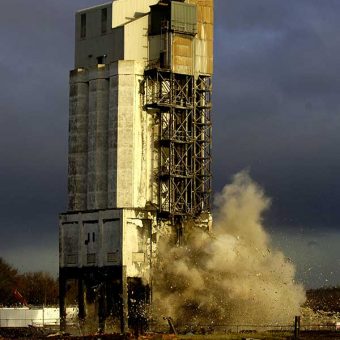 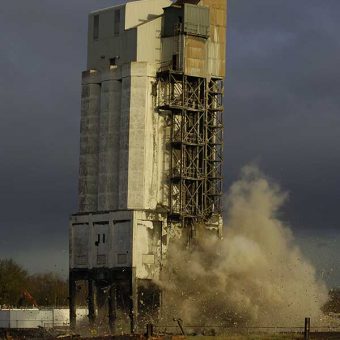 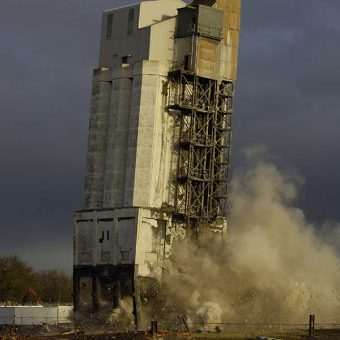 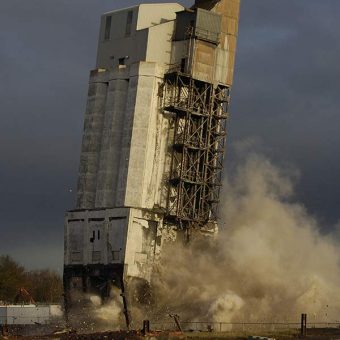 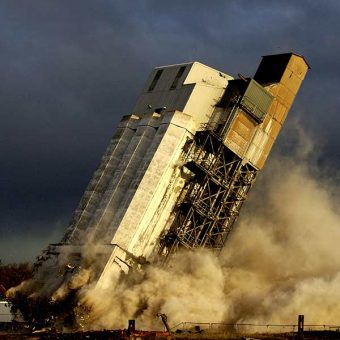 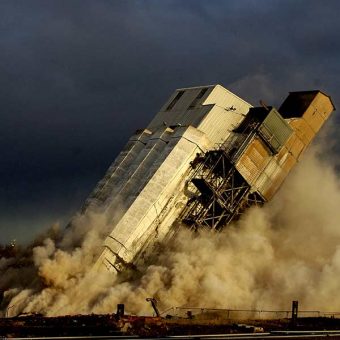 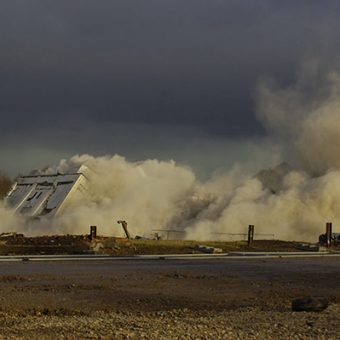 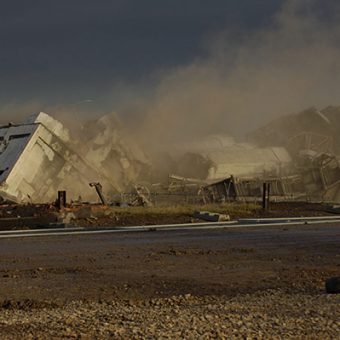 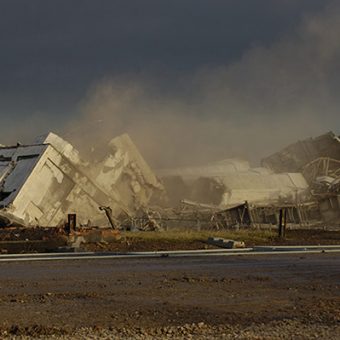